On February 22nd, 2018, I had the pleasure of meeting one of my favorite fashion designers, Iris van Herpen, at the press preview for the Iris van Herpen exhibit at the Phoenix Art Museum. Iris is a Dutch designer known for pioneering the use of 3D printing and other technologies in fashion design. 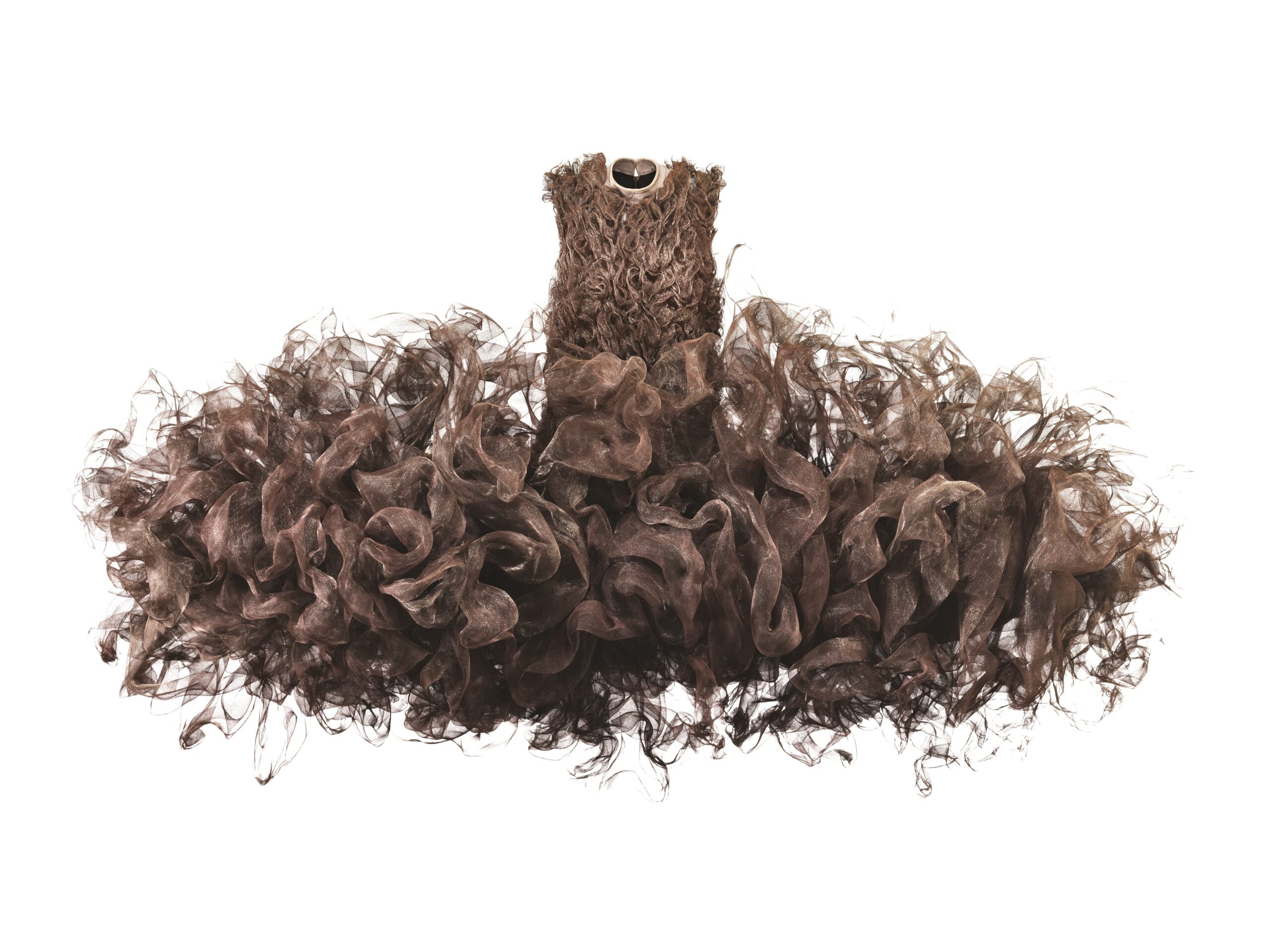 It was such an honor to have heard her speak in person and to have had the opportunity to ask her some questions. I have been a fan for many years and I was attending the preview as a representative of other emerging local designers and students of fashion, so I was really excited to find out more than what can be found from a simple Google search.

3D printing is so different from cutting and sewing pattern pieces, so I was hoping to learn more about her process and its similarities and differences from a typical fashion designer’s process. Does she start with a mood board? Where does she get inspiration from each season? Are there any typical garment construction methods that she does use like illustration, pattern making, draping and sewing?

I also wanted to know more about her personal journey from student of fashion all the way to becoming who she is today so I could share it with our community of emerging fashion designers. How did she land her internship with McQueen? I mean literally….what were the steps to making that happen? What did she do as an intern? How did she move up within in the industry from student and intern to world-renown designer? How did she end up starting her own brand? What was that journey like? Again….literally…what were the logistics in that? And how does it feel to be where she is today?

And I also wanted to know more details about each individual piece for my own curiosity. How long did it take? What is the exact process from start to finish? How much do they weigh? How does the model get in and out of them? 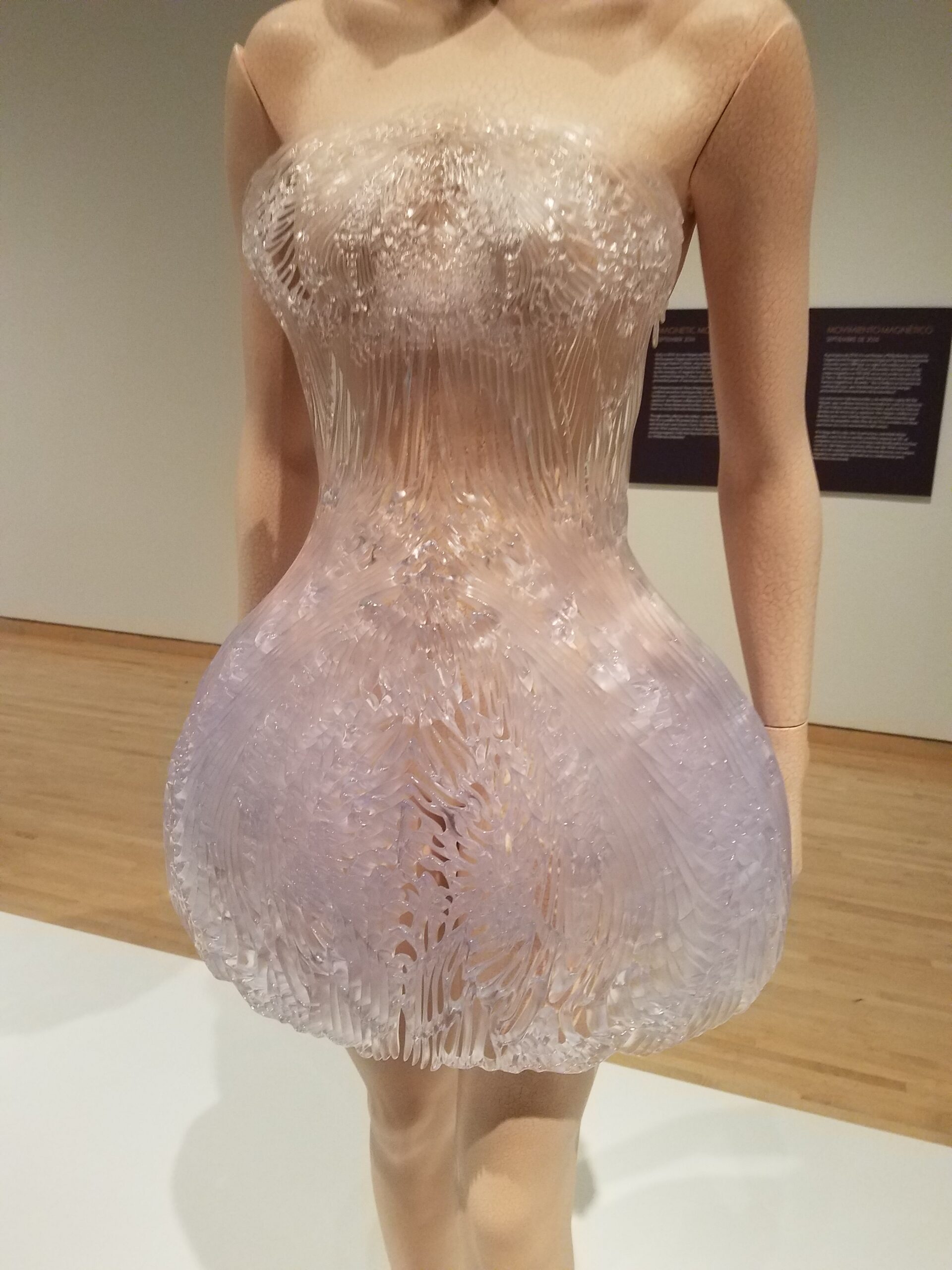 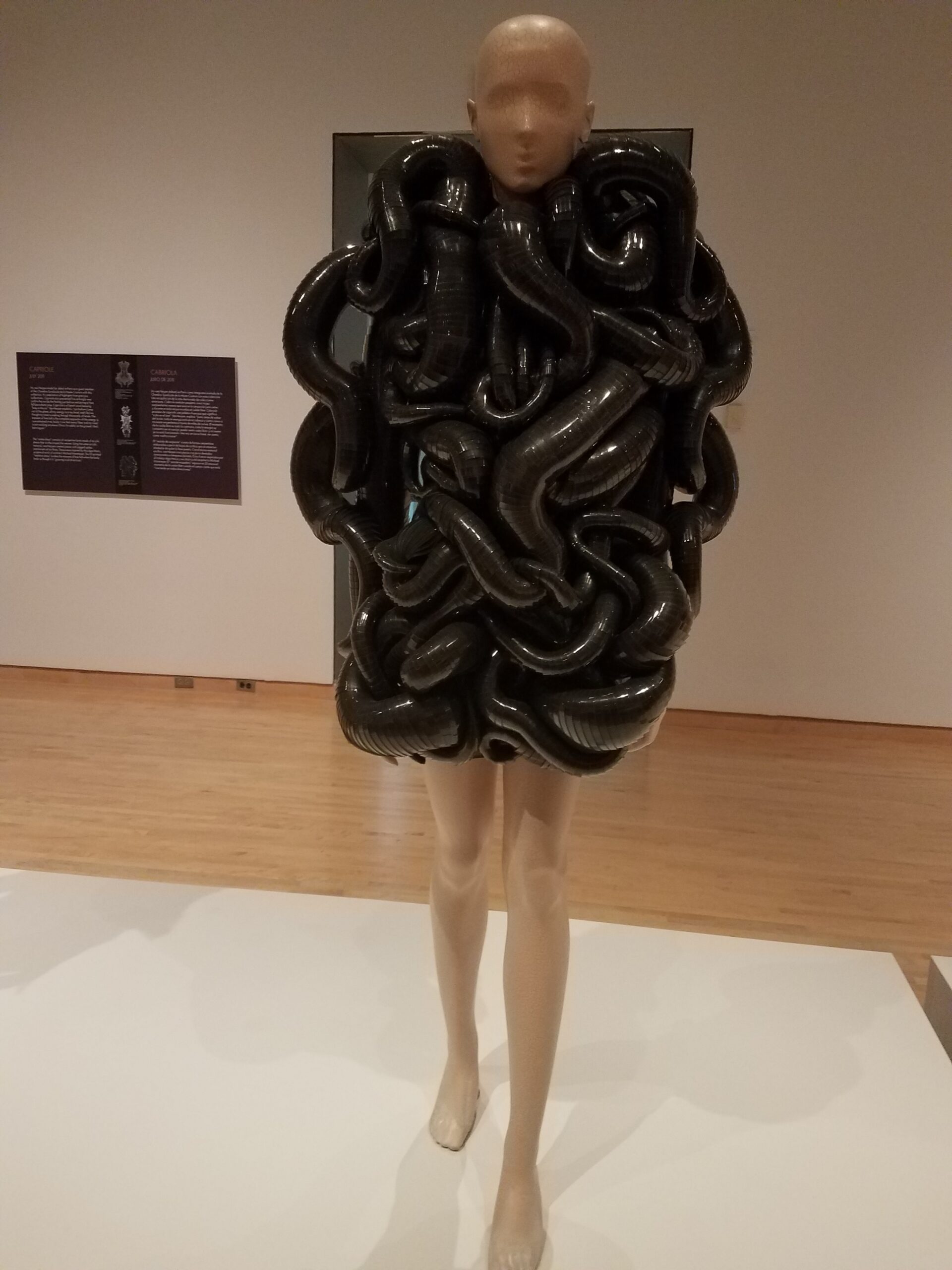 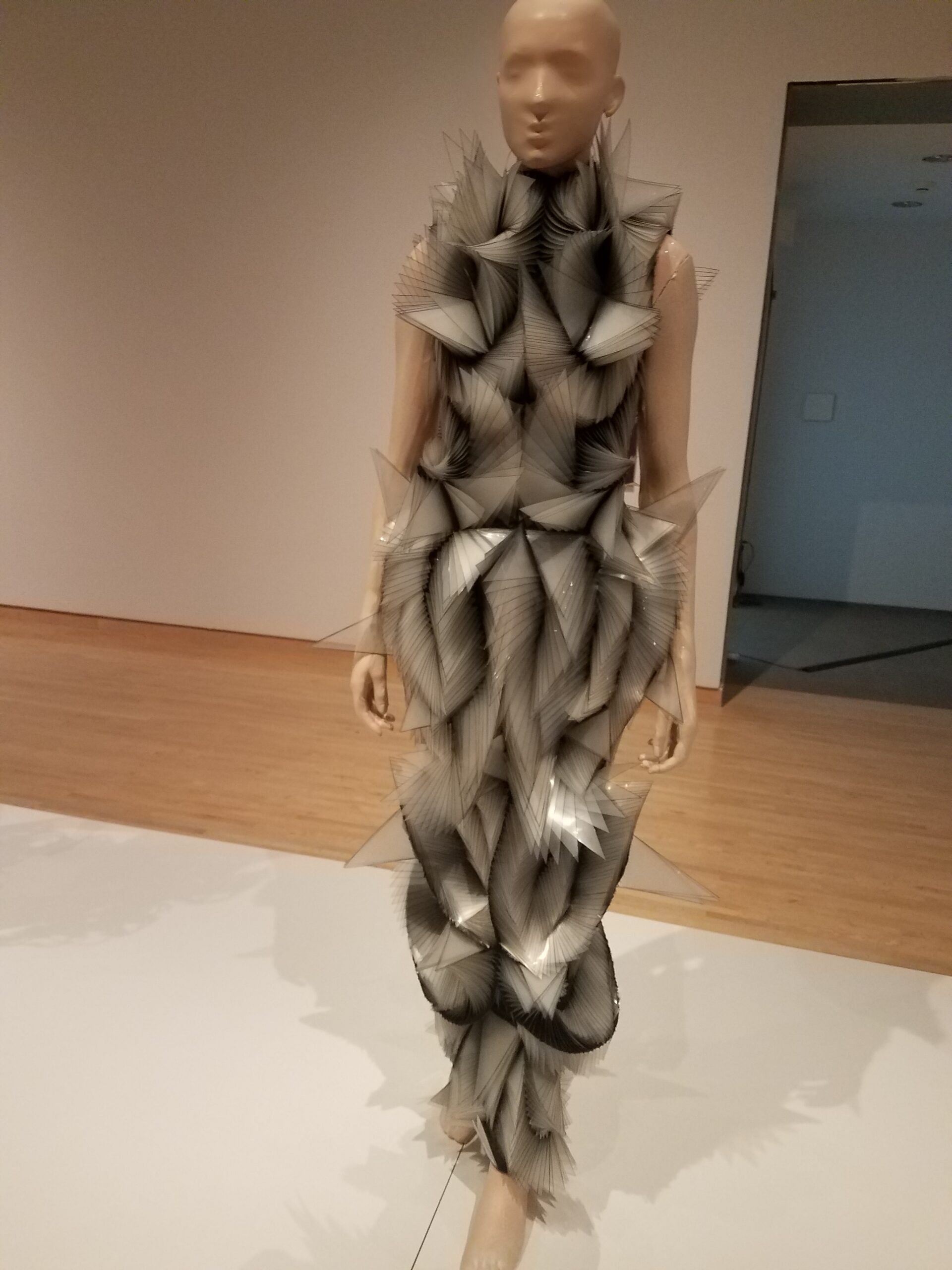 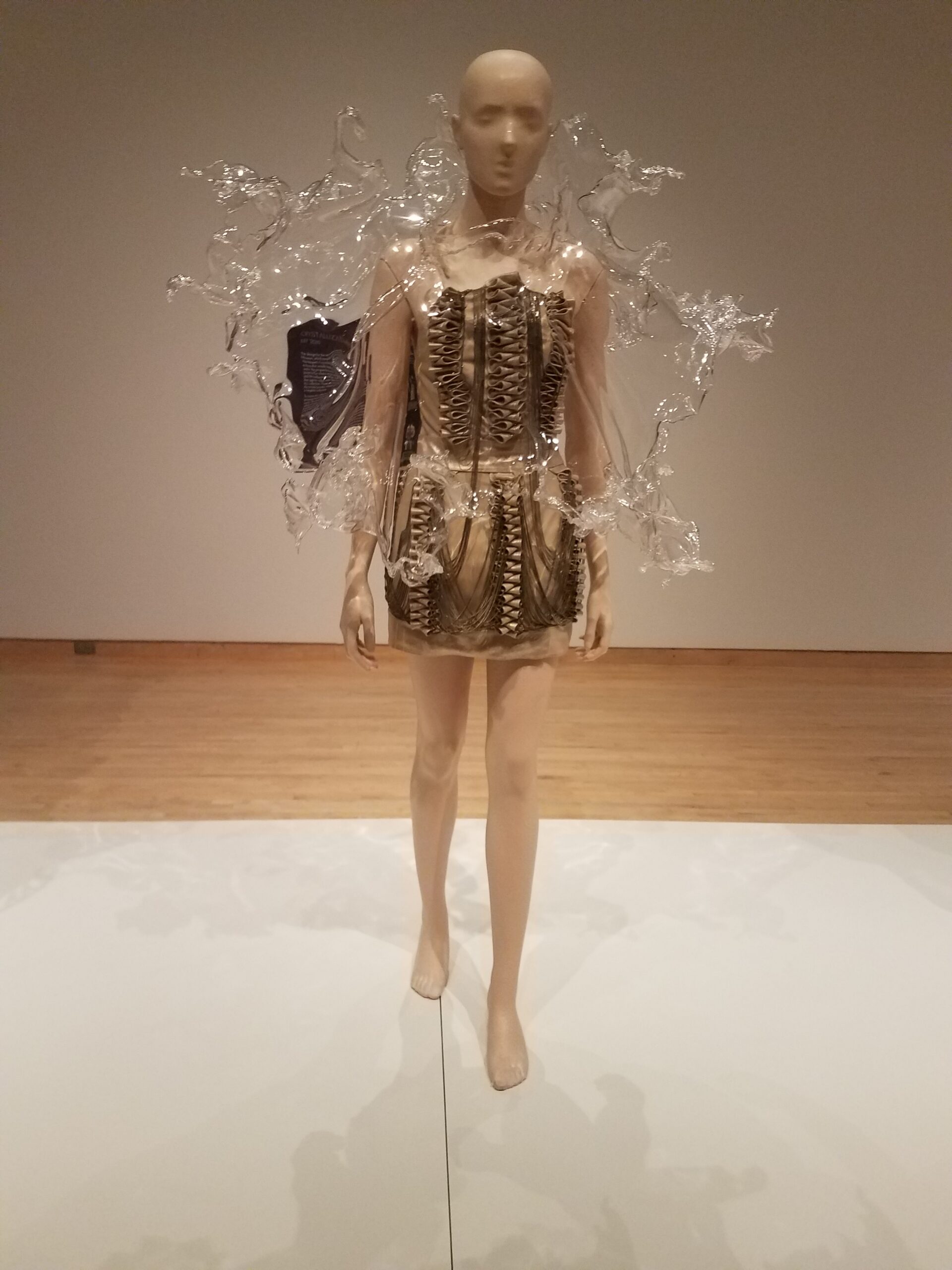 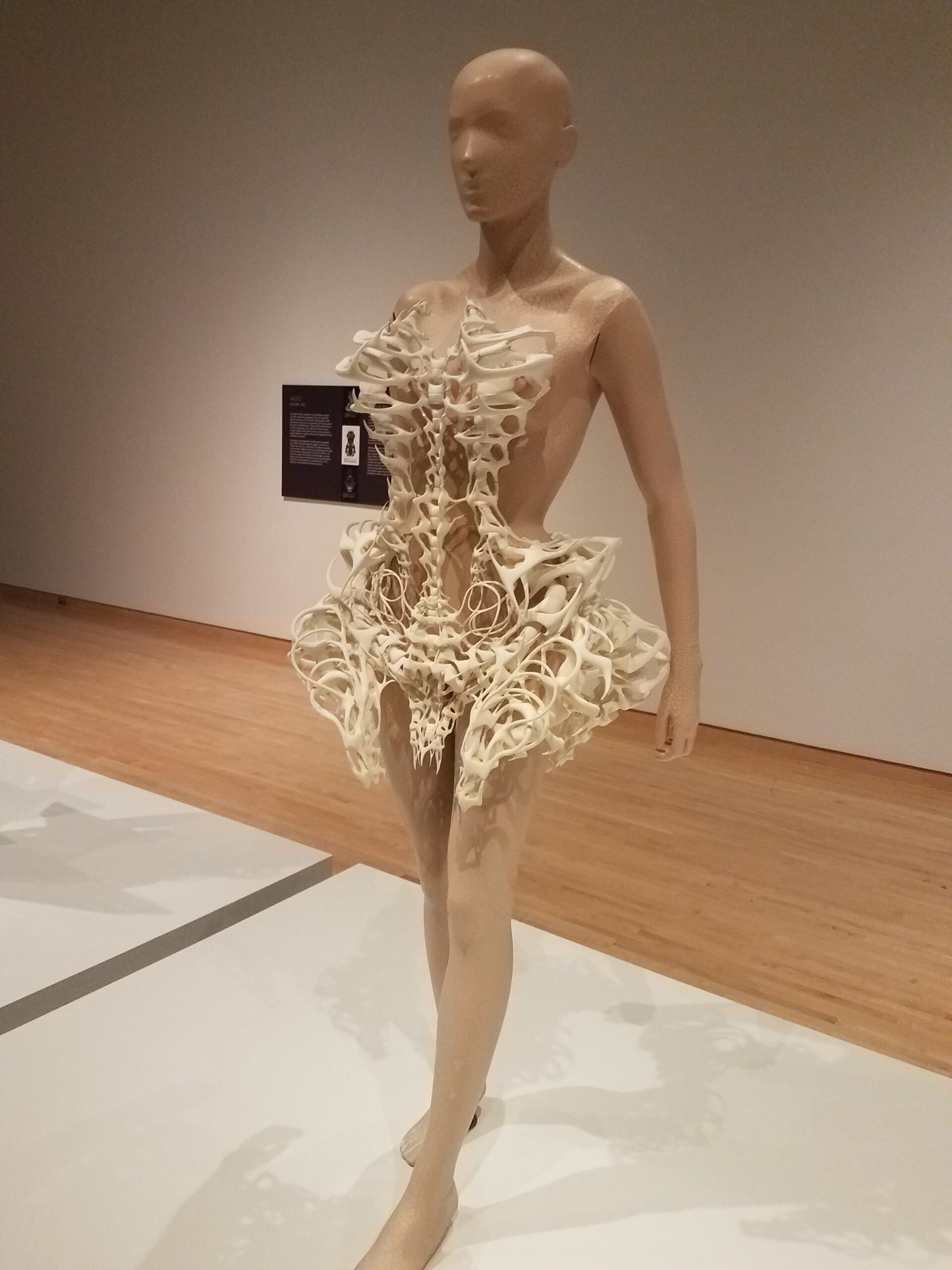 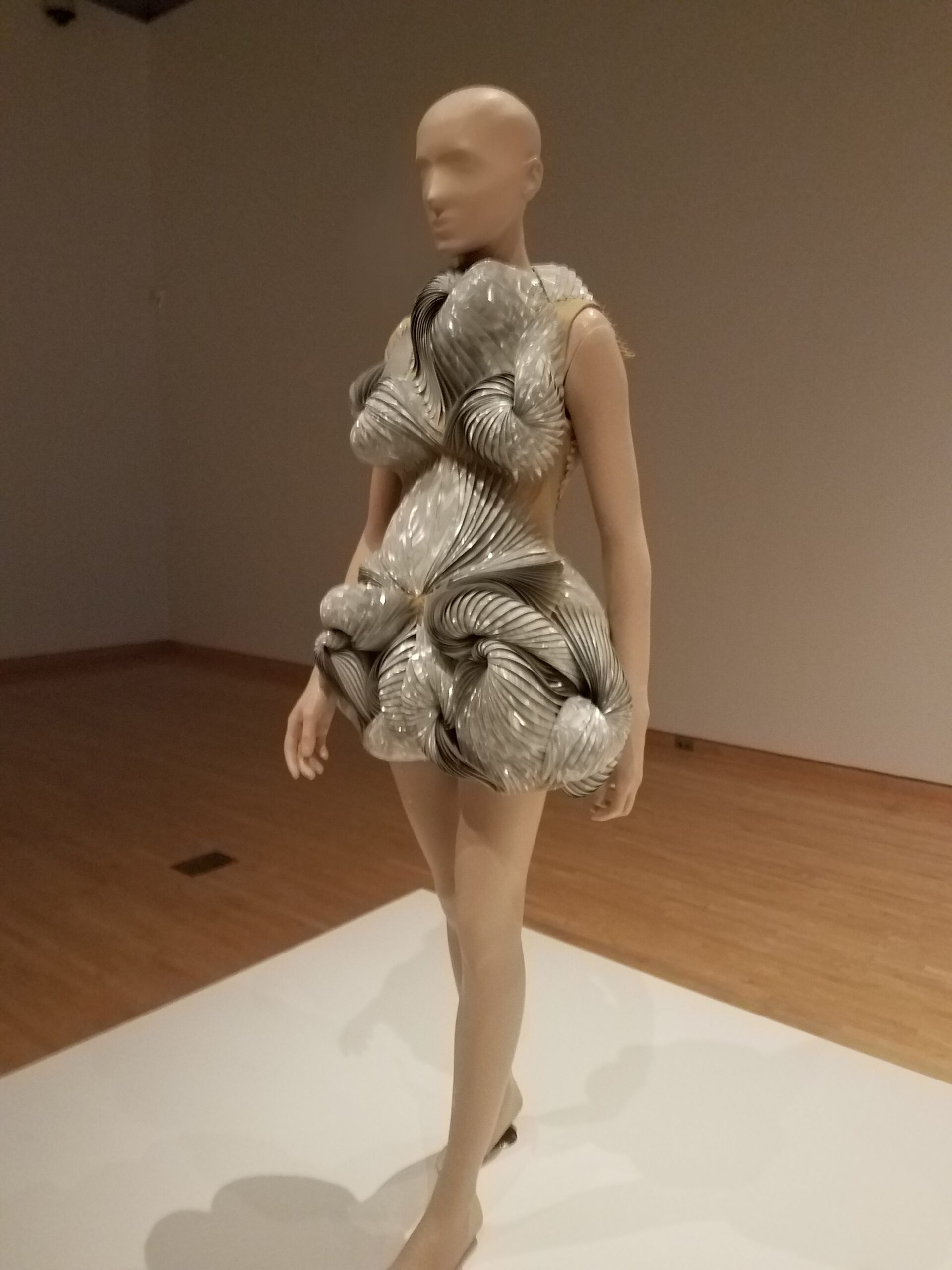 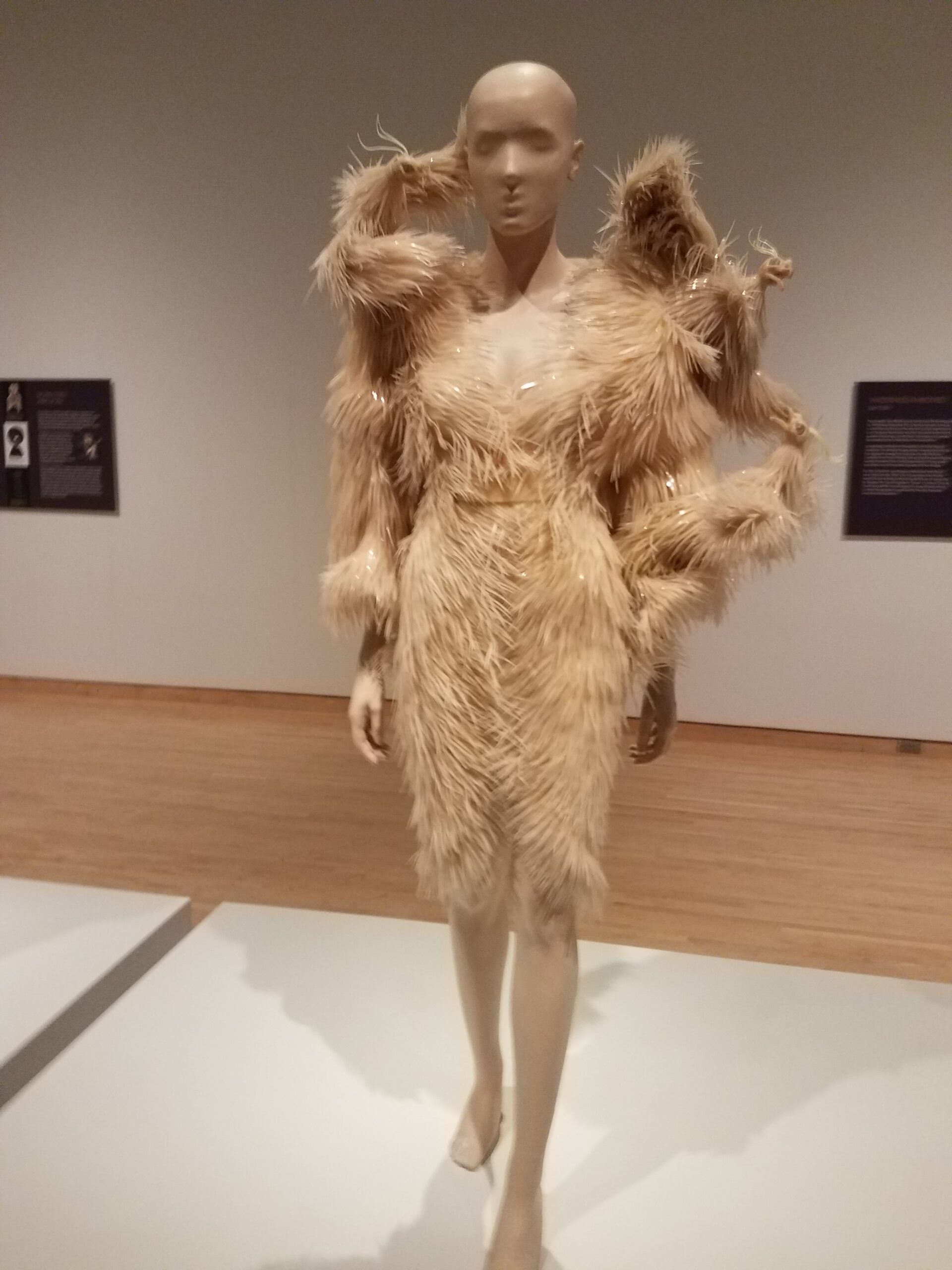 Unfortunately, I didn’t get to do a one-on-one interview with her to ask these questions in person, but I asked a few of them during the group press tour of the exhibit. She was timid and quiet. It was tough to hear what she was saying. Even after they gave her a mic to use, it was still a bit of a challenge. The exhibit curator was coaxing answers out of her.

Was she tired? Was she shy and introverted? Was she simply just “over it all” after having had to do so many of these? Now I had a whole new set of questions, but I didn’t dare ask those. So, I stuck to my original questions and got a few answers that I thought I’d share.

First, I learned that you pronounce Iris as “Ear-es” and not like the flower. The I is not long. I had no idea. Now I feel like a second-rate fan. Sheesh. Then I learned that the piece that took the longest to make was the mirrored one. It took over 6 months. The cream colored pieces that spiraled around the bodice are the heaviest. The piece that the Phoenix Art Museum acquired is this Biopiracy dress. 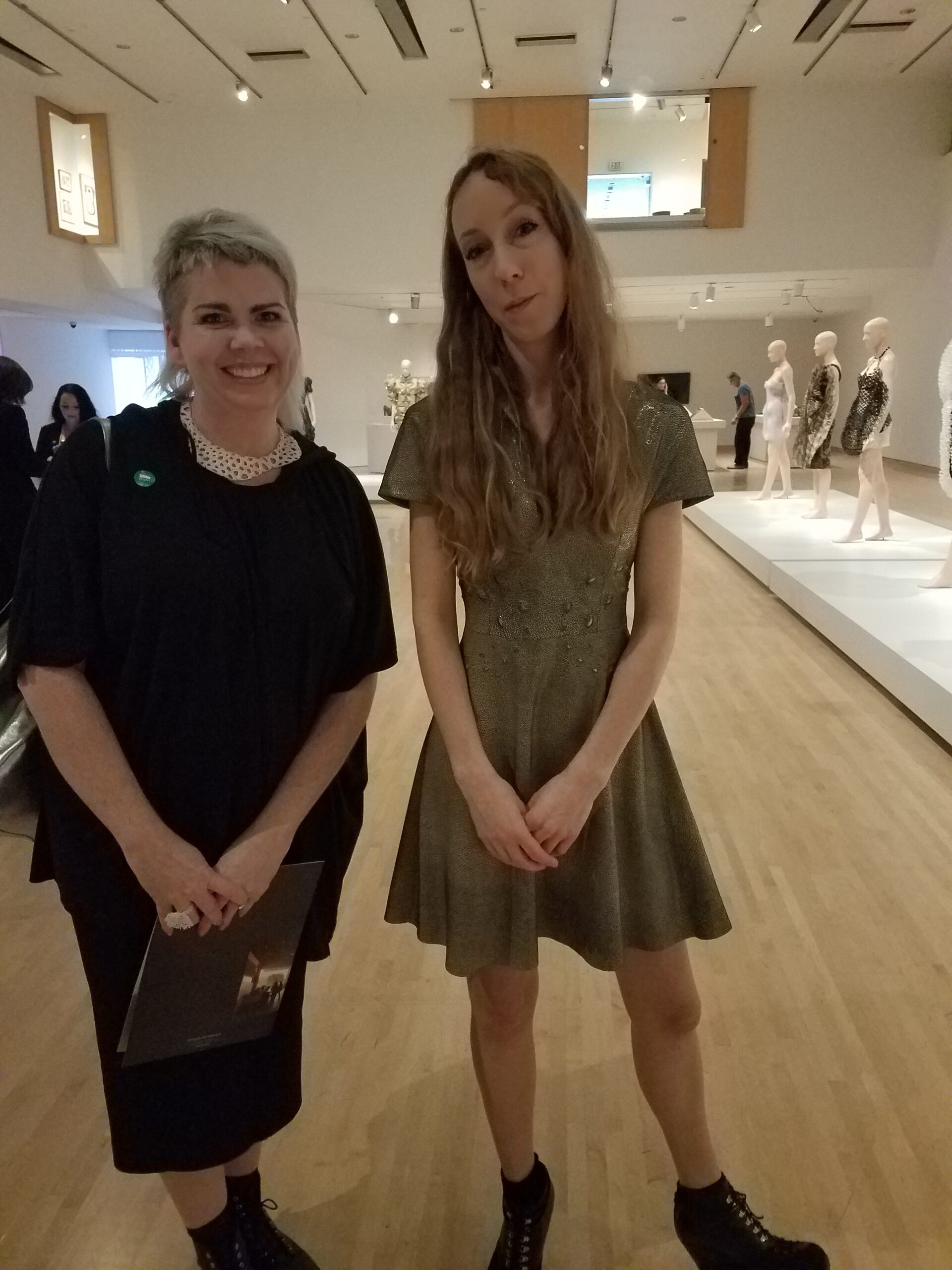 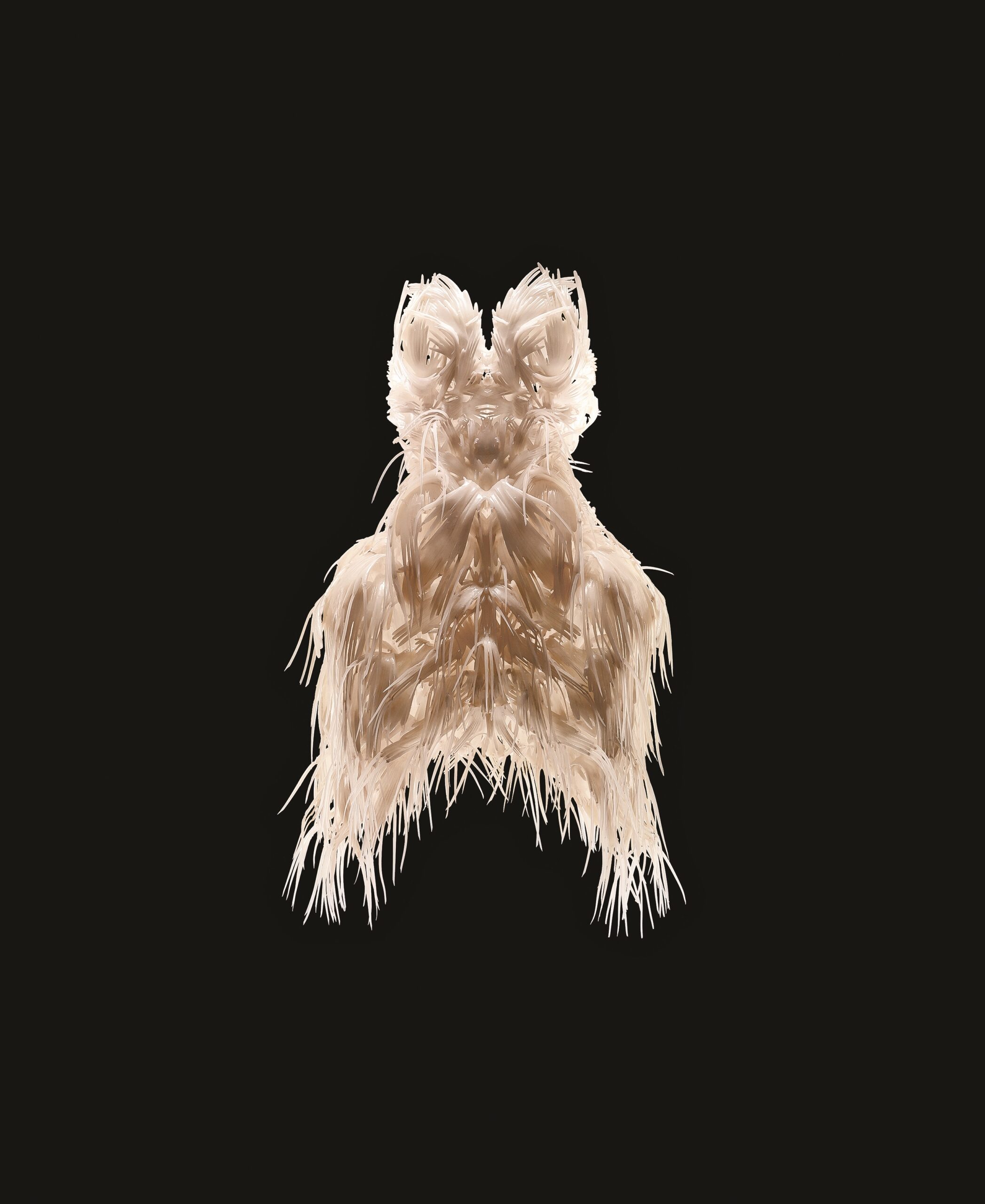 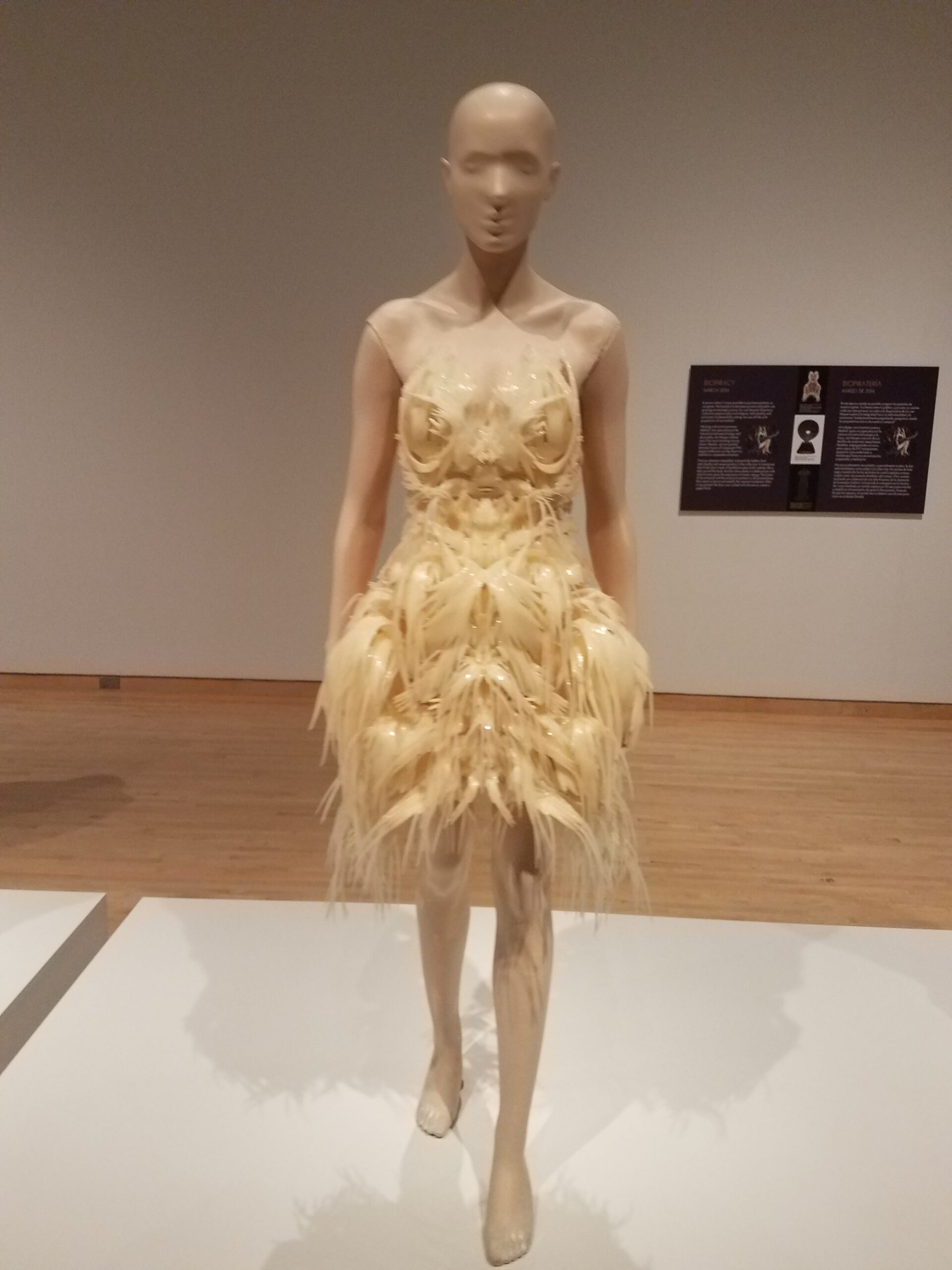 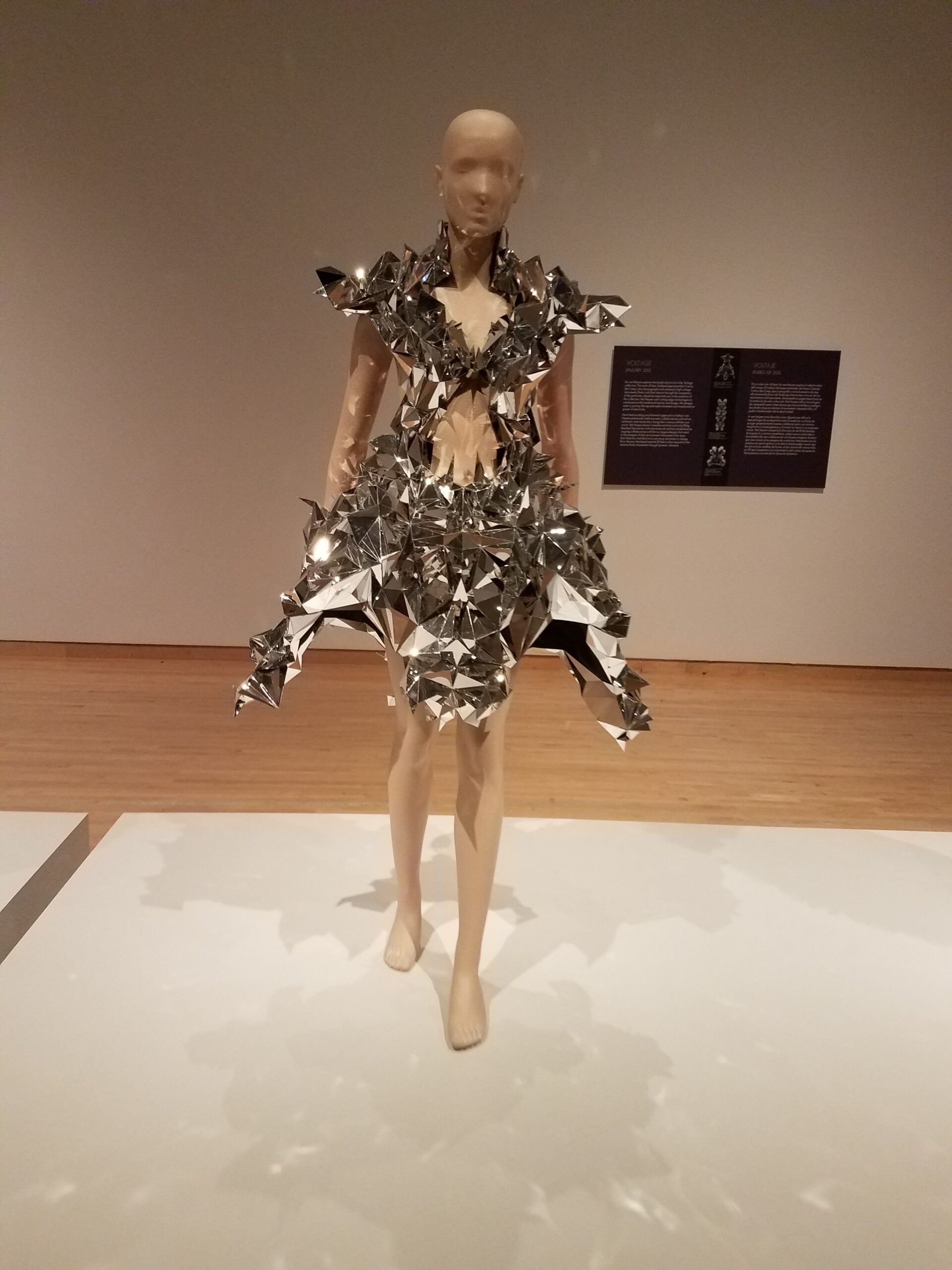 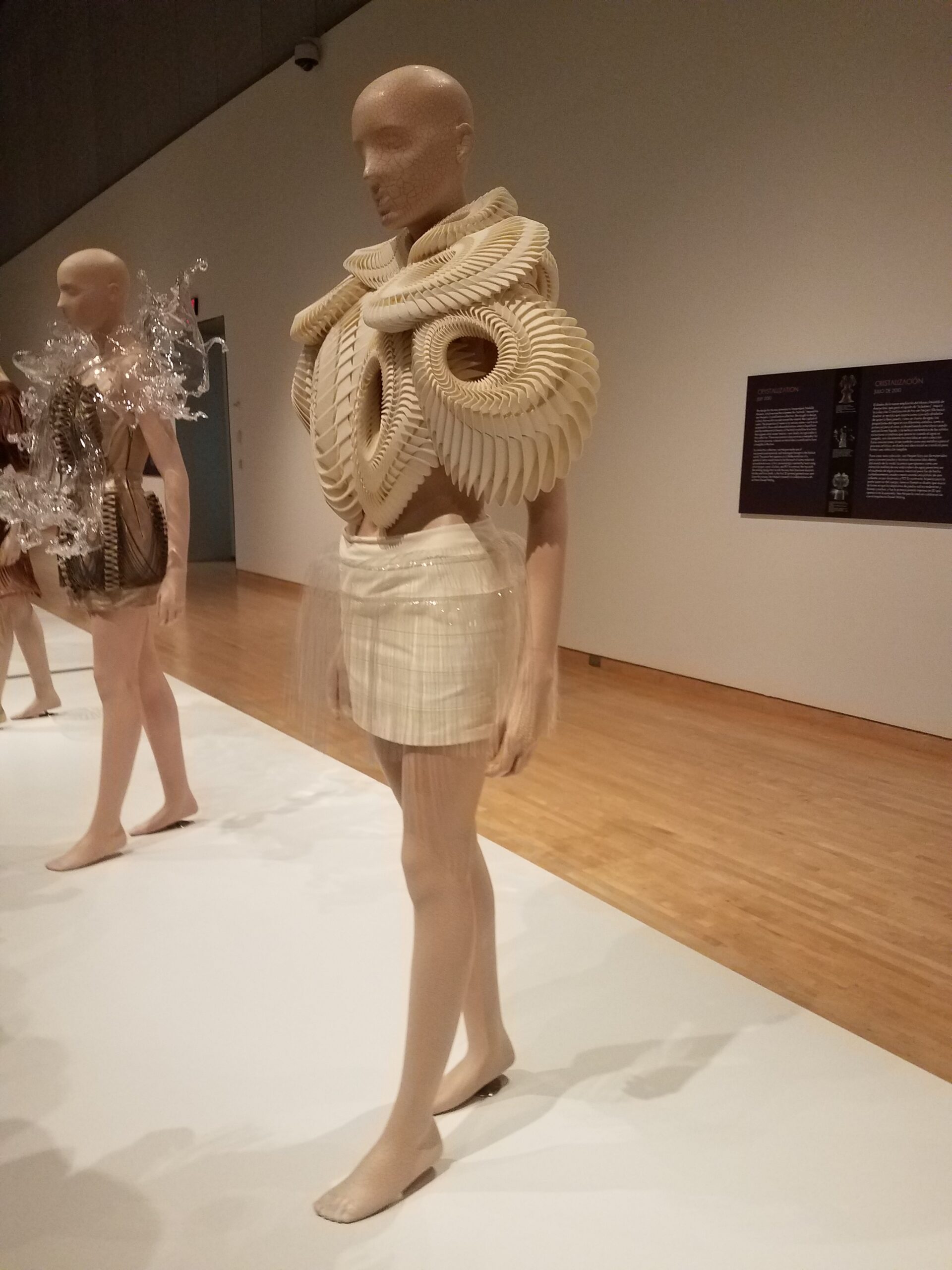 But most of all, I think I learned that Iris is a true artist. She didn’t seem overly inspired by other designers or by current trends. After all, she grew up without television or magazines and when I asked her about her inspiration she referred to nature and science.

She also didn’t seem interested in the spotlight she was thrown into. There was a sense of reluctance to even be speaking about her own pieces or posing for photographs. So, I felt shameful after asking her to take one; but couldn’t resist! Most of all, like any true artist, she seems to really enjoy and prefer the process of creating rather than showing off what she has created.

Video by WhiteLava Creative
Kuddos to the Phoenix Art Museum, curator of fashion Dennita Sewell and the AZ Costume Institute for always bringing educational and inspiring fashion exhibits like this to Arizona.

FABRIC Incubator is a garment manufacturer and fashion incubator providing programs, classes, services and resources to help fashion designers and entrepreneurs reach their potential. Our signature offering to designers is a designer-led manufacturing program empowering designers to become their own production manager.